An old photograph provided the inspiration for the establishment of Ballyduff Development Group in 2004. The photo was of an old copper beech tree that used to stand opposite the church gate in Ballyduff and memories of it prompted a discussion outside the church gate one Sunday. The tree had been removed to allow the installation of the existing wall around the cemetery and it was thought that it would be a nice idea if a replacement tree could be planted in the same spot.

This was one of the first projects undertaken by the newly formed group and as well as the copper beech oak and maples were also planted along beside the wall of the car park. These trees have thrived in the last 12 years and have become worthy replacements for the copper beech that inspired the establishment of the group in the first place.

Some of the other work carried out by the group include:

The placement of name stones at either side of the village.

The installation of litter bins in the village.

The placing of wooden signage in the village.

The covering in of an old drain that ran down from the school to the church and the installation of plants and shrubs in its place.

The building of herring bone stone walls at various locations in the village.

The revamp of an area around the T-Junction to the south of the village with the installation of flower and shrub beds, the planting of a hawthorn hedge.

The installation of and old village pump beside the old school house.

The construction of St. Columba's Park.

The upgrading of The Gullets to the north of the village with the installation of railway sleeper verges, herring bone stone walls, wooden fencing and seating.

The installation of a recycling area at one side of the school carpark. The addition of a 'Wizard of Oz' themed battery recycling facility has added a surprising dimension as you walk through the arch into this area. 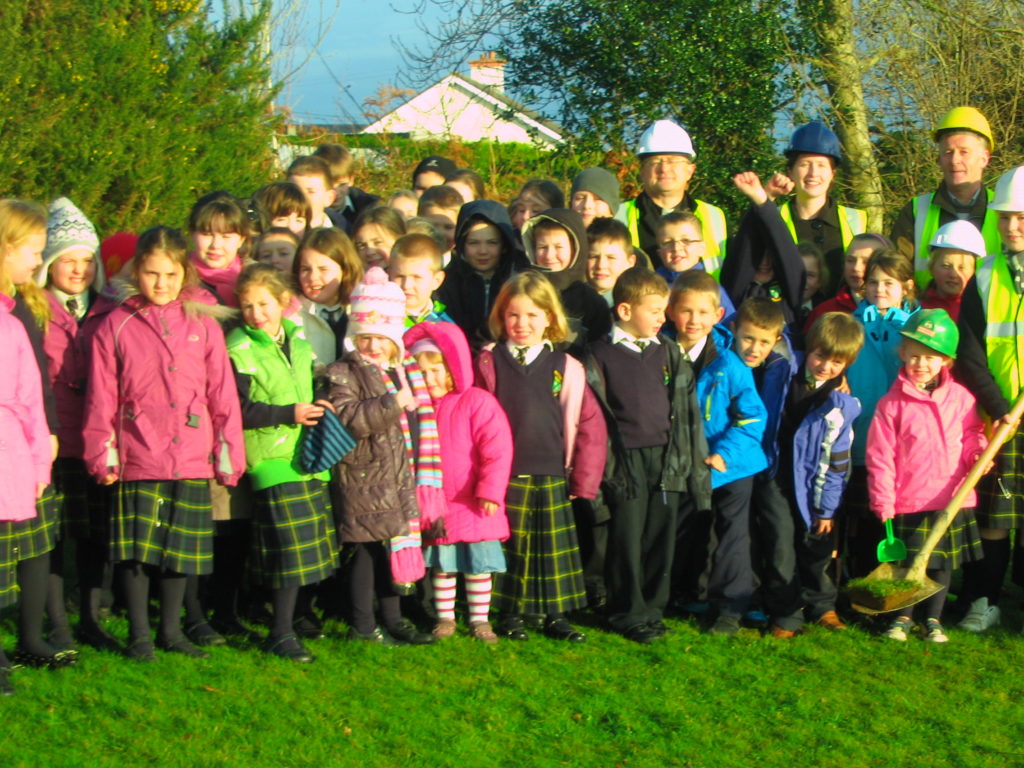 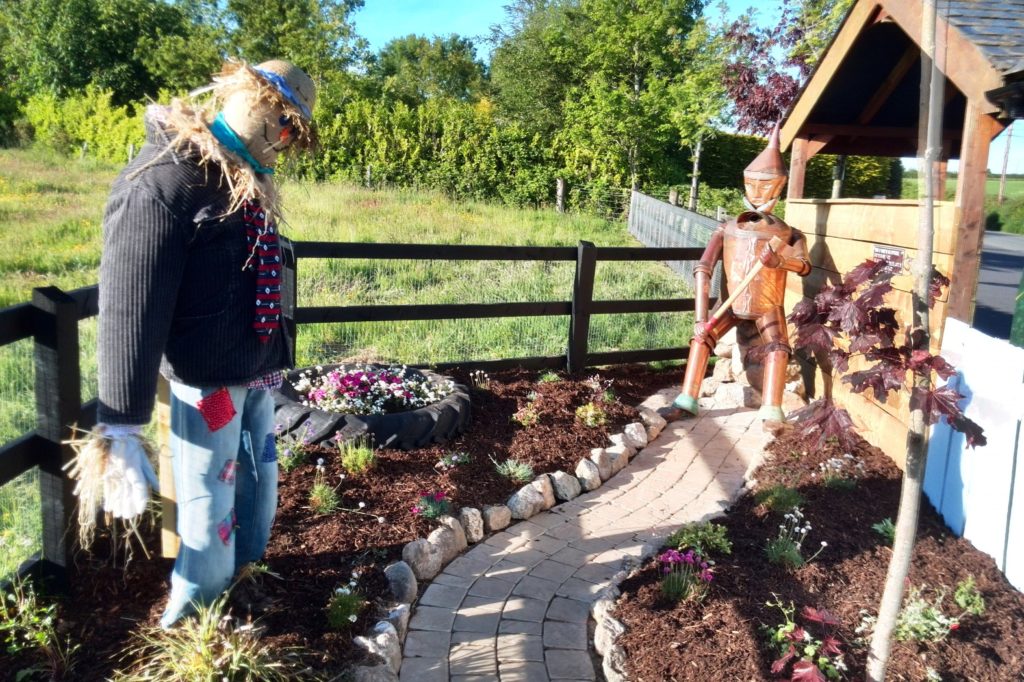 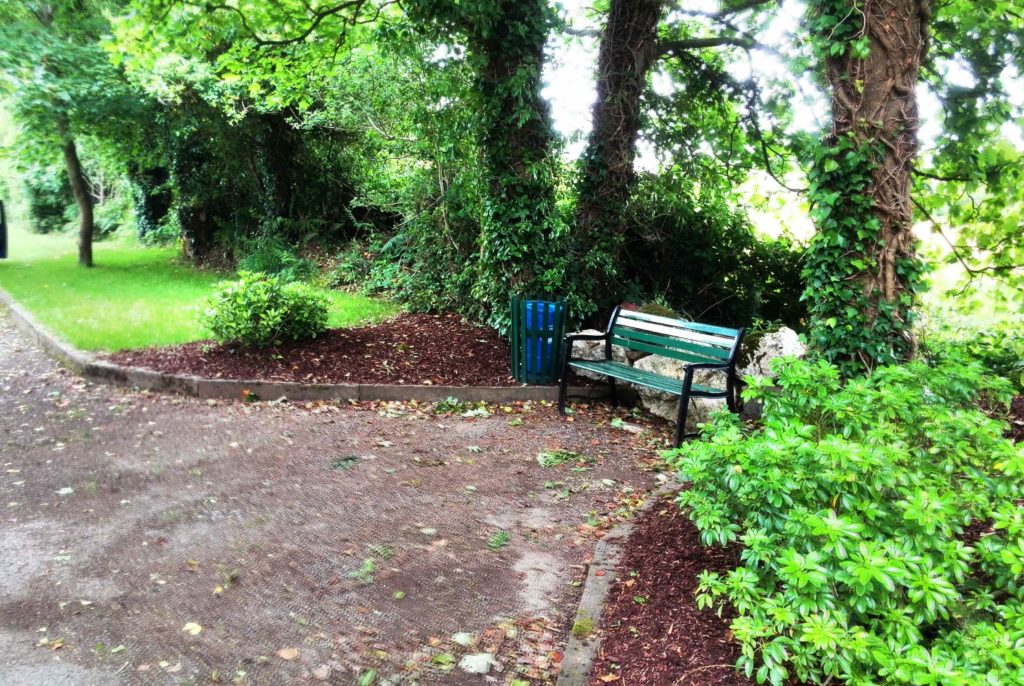 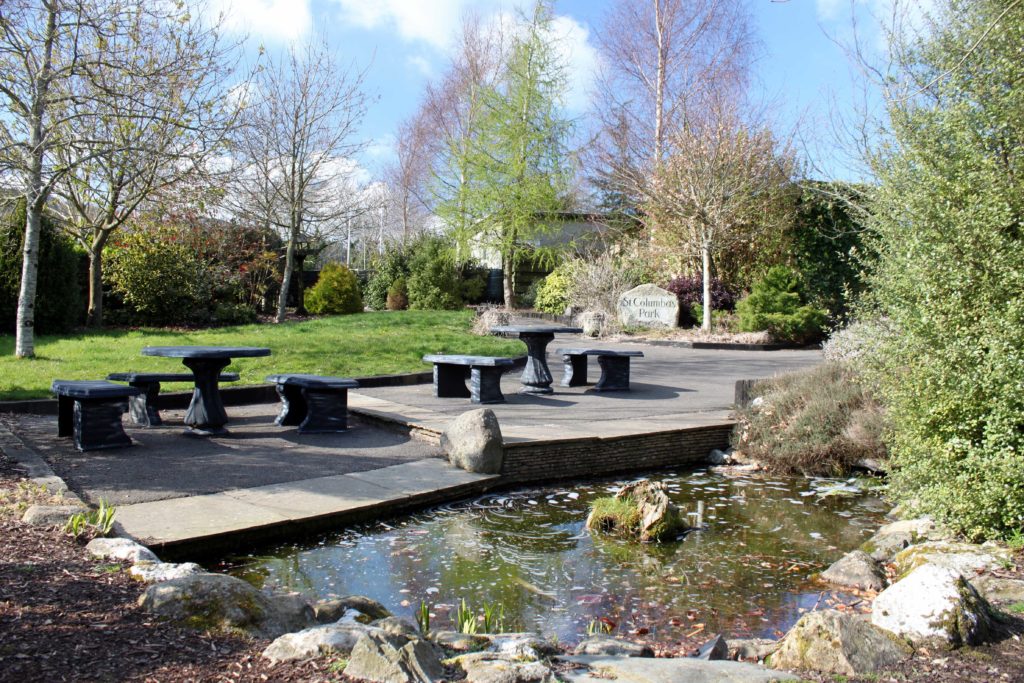