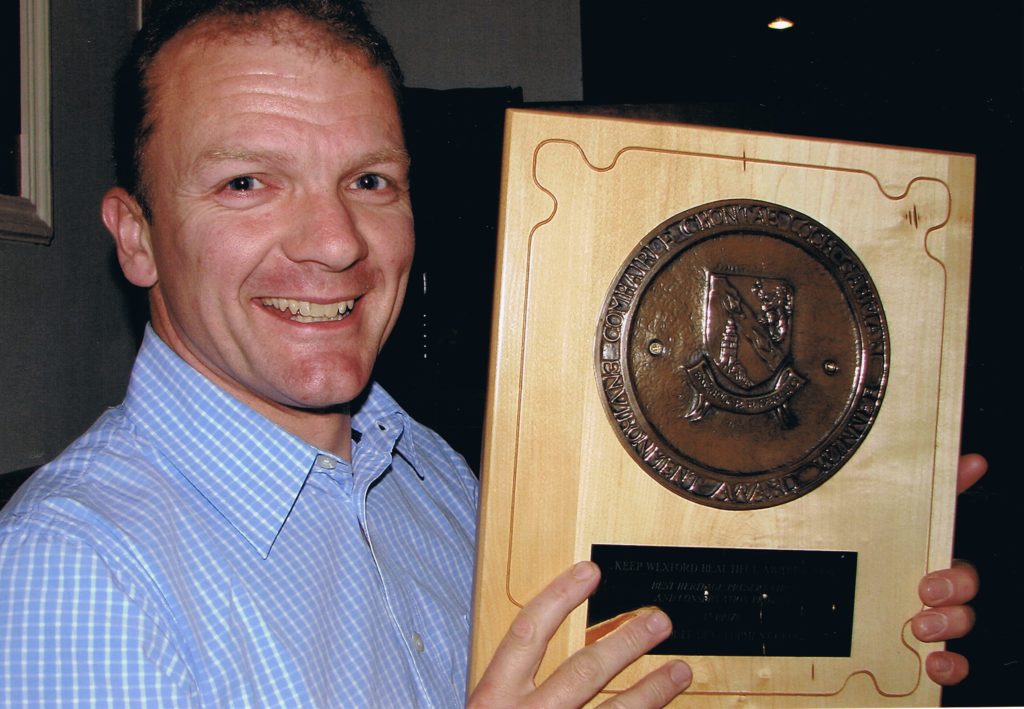 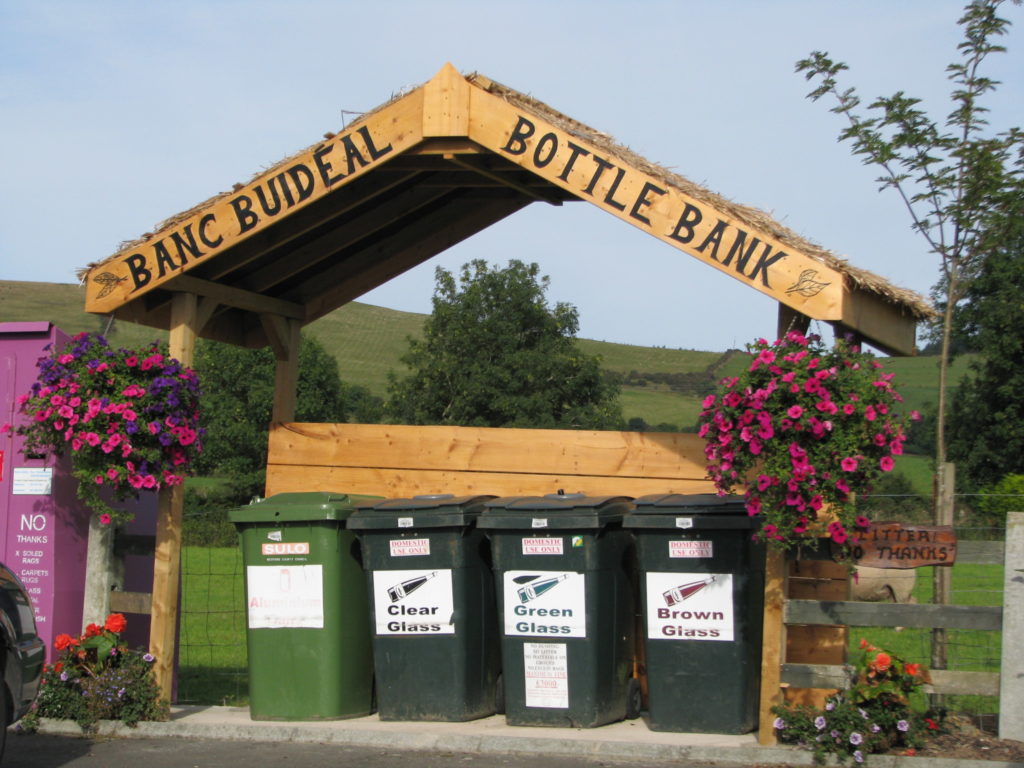 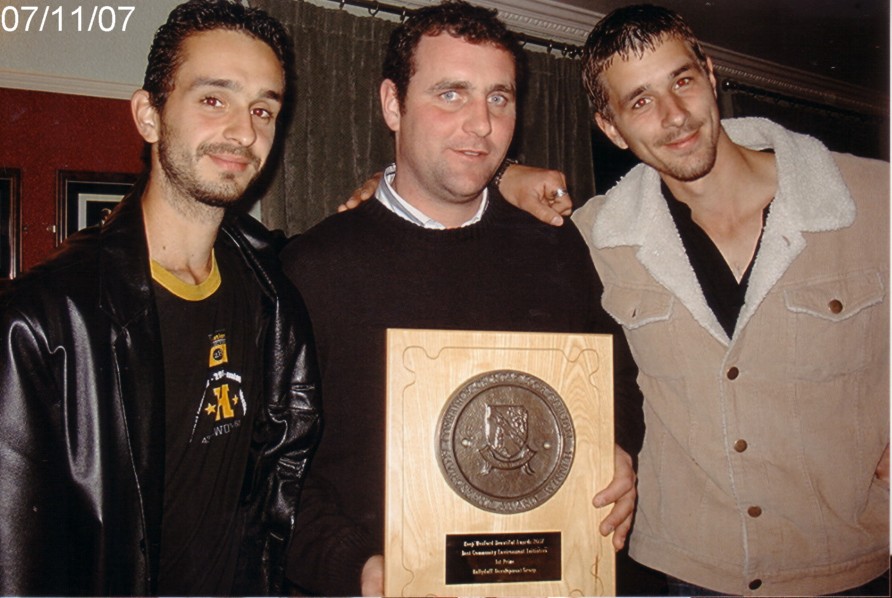 Ballyduff Development Group first entered the Tidy Towns competition in 2005 & in September of that year were invited to Dublin Castle for the official announcement of the 2005 Tidy Towns winners. To everyone’s great surprise and delight Ballyduff was announced as the winner of the Best New Entry with an impressive score of 211 points.

Since 2005 Ballyduff has continued to have great success and has managed to maintain great progress in the competition year after year. In both 2011 & 2012 Ballyduff were very proud to win Tidy Towns awards for Best Bring Bank in the South East. 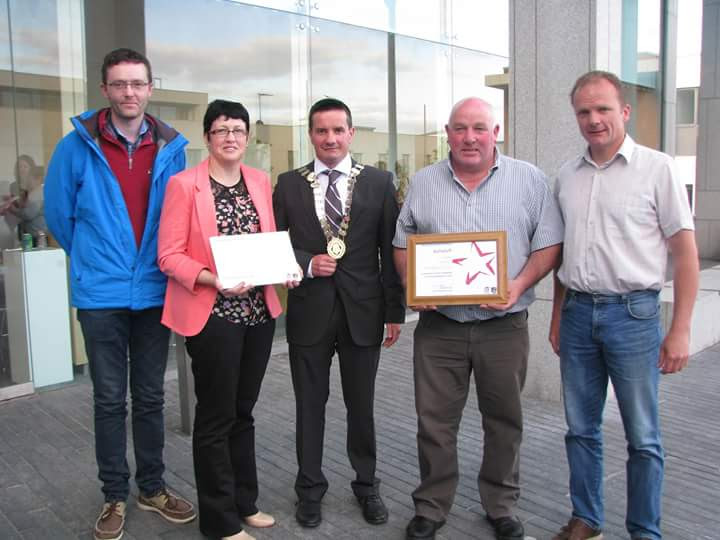 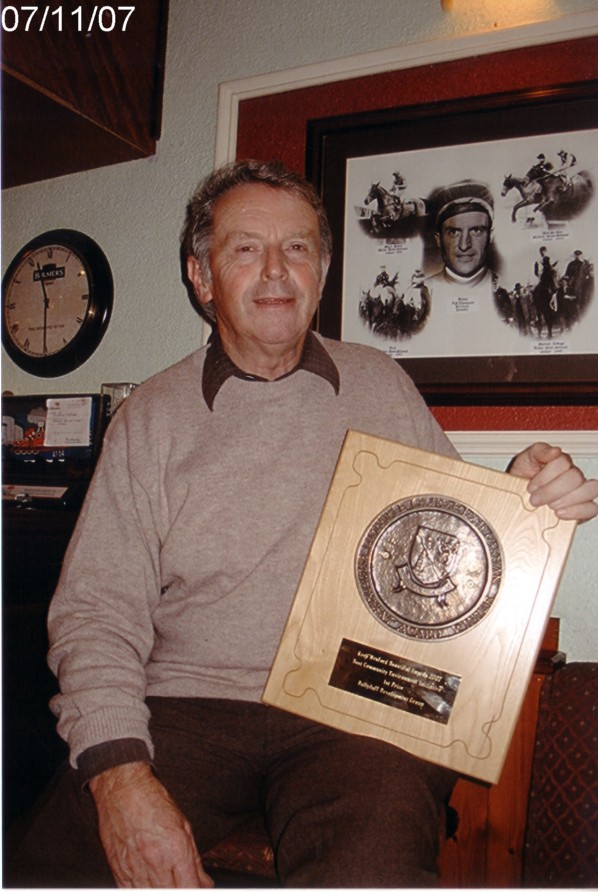 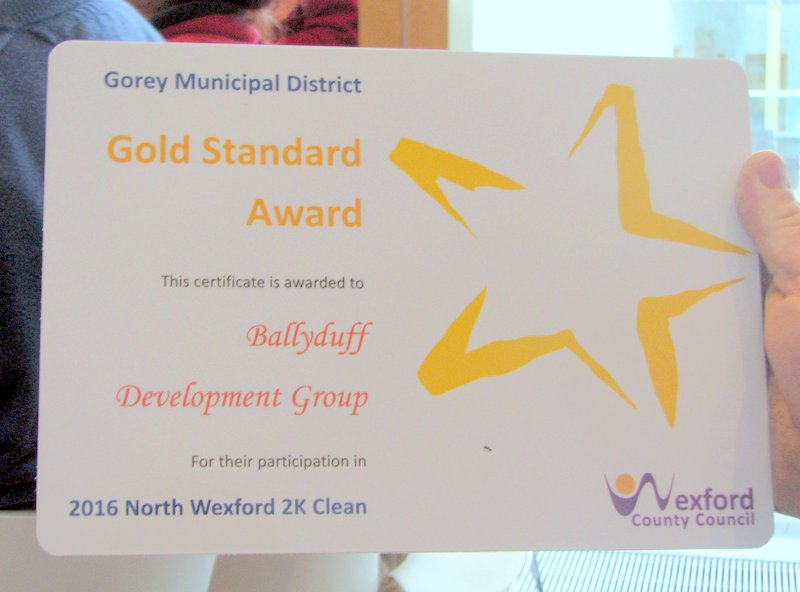 2005 was also the first year that Ballyduff entered the Keep Wexford Beautiful competition and were successful winning second place in the Best New Entry category.

Since then Ballyduff has won numerous prizes:

Ballyduff Development Group take great pride in taking part in the Keep Wexford Beautiful competition as it is very rewarding to be acknowledged for all the hard work that is carried out by the local community. 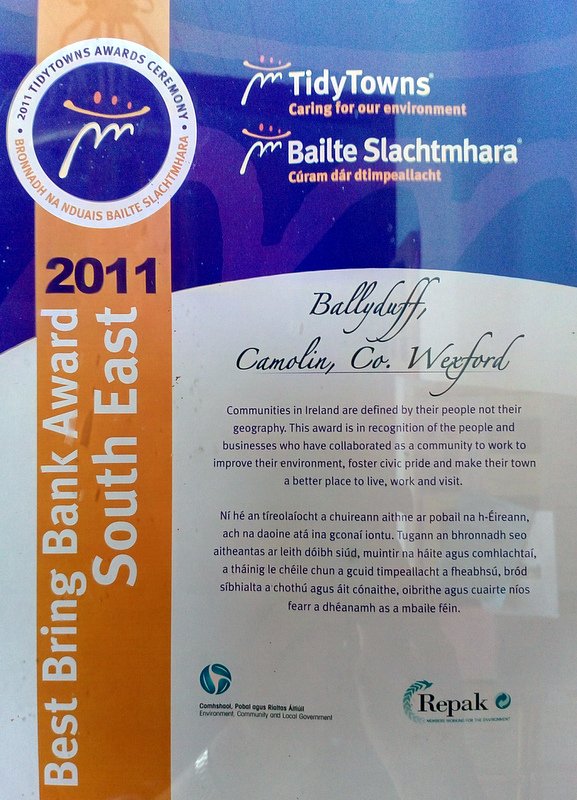 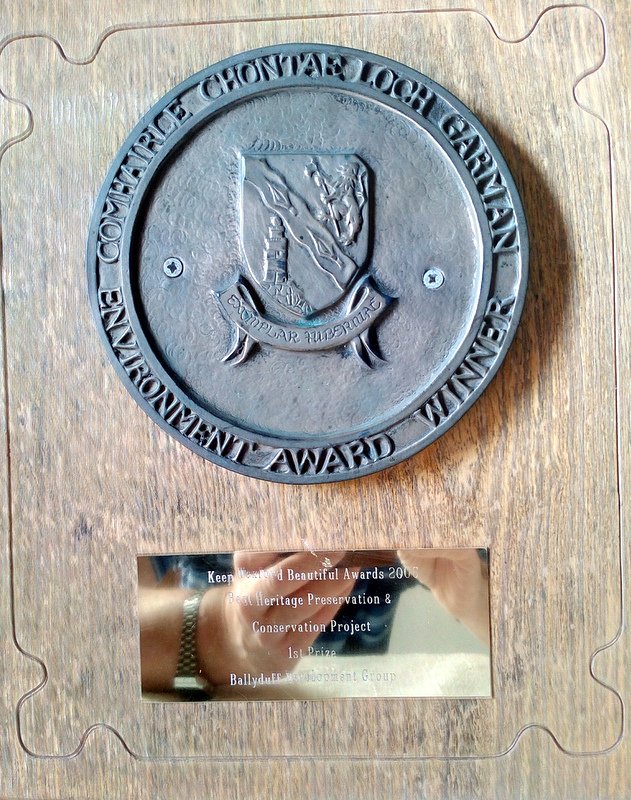 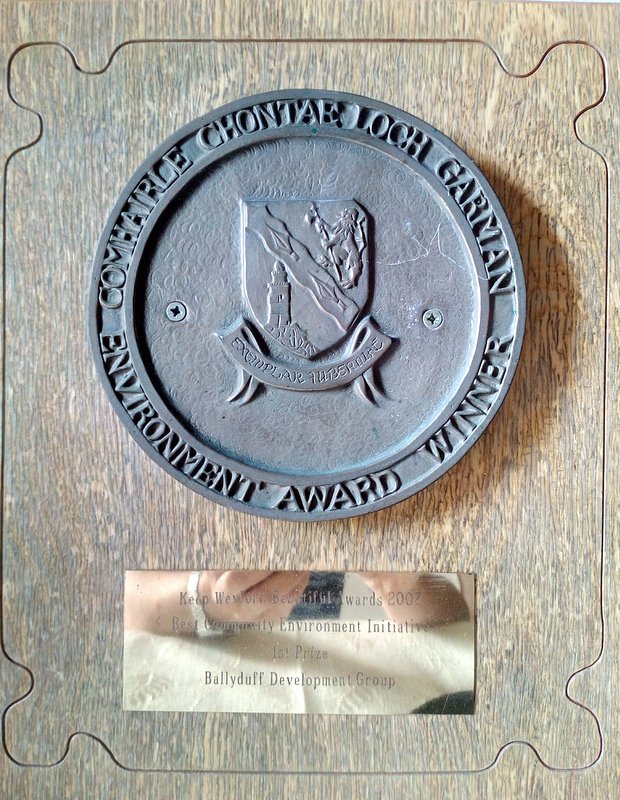 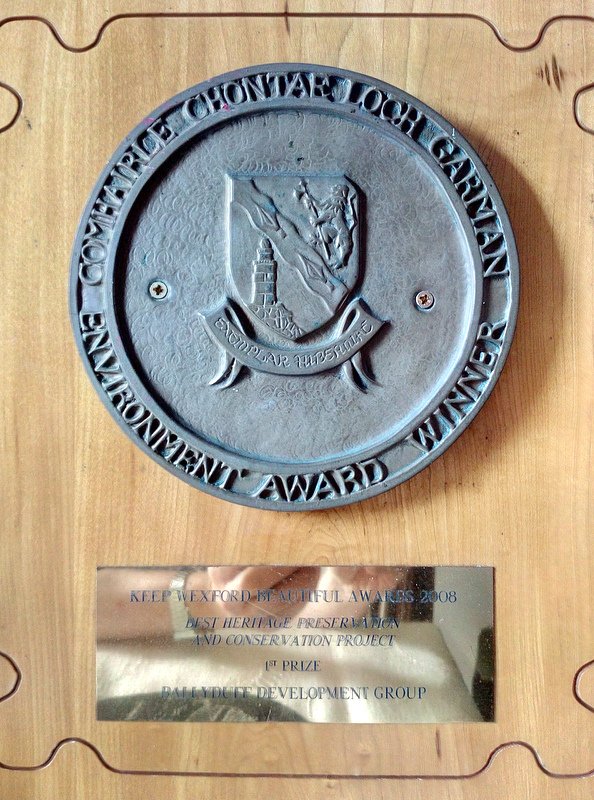 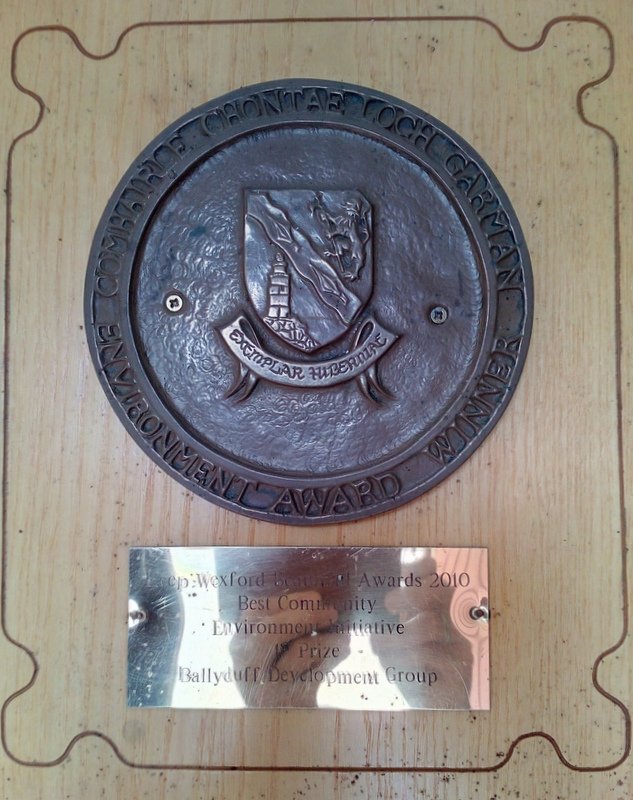 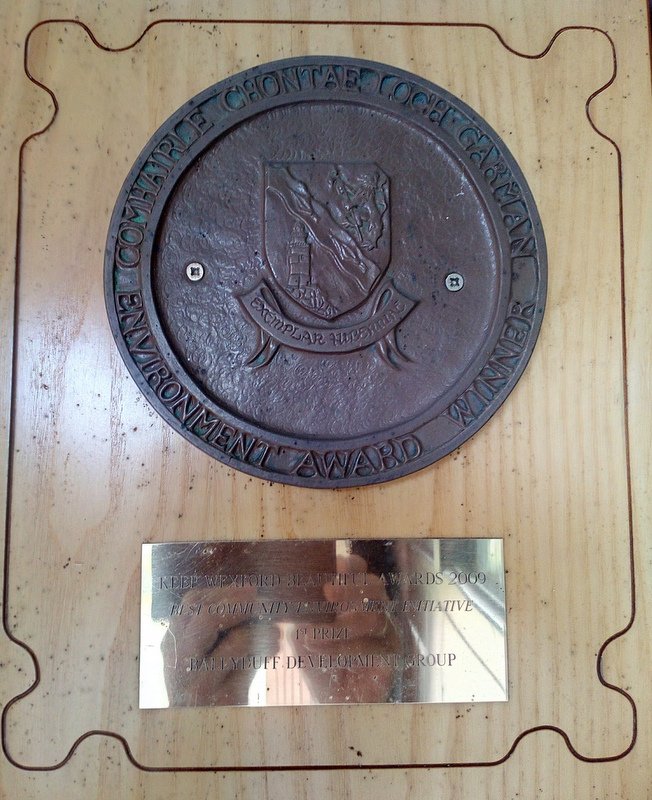 In 2011 Ballyduff village was nominated by Wexford County Council to represent Wexford in the National Pride of Place competition. Pride of Place is an all island competition that recognises and celebrates the contribution that communities make to society.

All the stops were pulled out to make sure that Ballyduff did its utmost to represent Wexford to the best of its ability. Everyone and every community group in the area got involved to give the best possible impression of the village to the judges of the competition. The judges were brought to all the key community locations in the village from the school where they met various community groups, to the Clonee GAA complex where they enjoyed an under-age match played by local children.

They were then brought on a walk around the village and had a refreshing choc ice in the village shop to recover from all the going. Then it was on to 'Ar mBreacha'' - 'The House of Story' in Raheen for an evening of traditional music, songs and stories with a cup of tea thrown in to round off the visit. Then it was back to St. Columba’s Park for a final get together with the community and more tea and cakes.

It was a long wait until November to hear the results of the competition which was held in the Amber Springs hotel in Gorey. Everyone waited with baited breath and couldn't believe when Ballyduff was announced as the winner in its category. There were jubilant scenes all over Ballyduff that night as all the hard work put into the visit had paid off and best of all everyone had had a great time in the process.

Ballyduff Development Group have also taken part in the 'North Wexford 2K Clean' for the past two years. This is a competition run by Wexford County Council where communities commit to keeping 2km stretches of road free of litter for the month of April. Last year Ballyduff managed to keep 18km in total litter free and extended it in 2016 to over 20km of road. We had organised litter picks every Saturday and in between volunteers were out most days picking up any other stray litter.

We were delighted in 2015 to be awarded a Silver award and even more delighted to get a Gold award as well as an award for covering over 5 roads and also coming 2nd in the photo competition that was run in conjunction with the clean.

Not only did we manage to keep the roads free of litter but there was a great sense of community associated with the whole competition. None more so than when we joined with Ferns Tidy Towns to litter pick along a stretch of road between the two communities one Friday evening. After cleaning up the stretch one of the local residents appeared with a tray of freshly baked scones to reward us for all the hard work. One of the photos from this event went on to win the An Taisce - National Spring Clean competition. 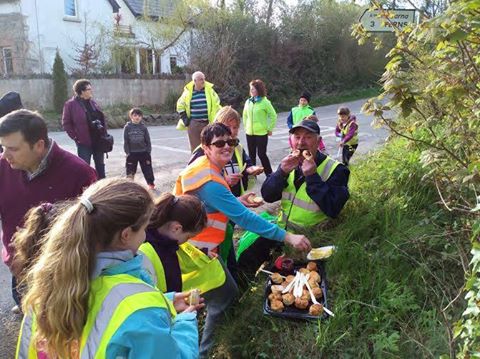 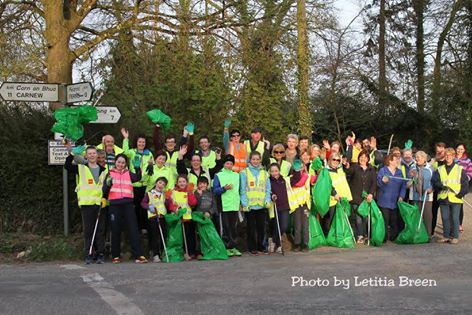 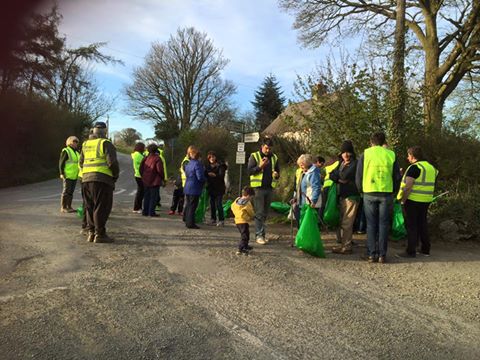